A Look Back at the Lending Club and Prosper Quiet Periods 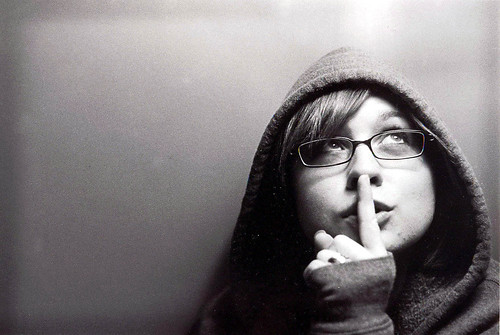 This is a question I get regularly: what does this “Quiet Period” thing mean? When discussing the history of Lending Club and Prosper I have often mentioned this mysteriously named Quiet Period but I have never fully explained what this meant. So today we will take a look back and explain what happened as I understand it.

In early 2008 Lending Club saw the writing on the wall and decided to shut down voluntarily and go through the registration process with the SEC. They entered a quiet period by posting this message on their blog on April 7, 2008. Here is an excerpt:

Lending Club has started a process to register, with the appropriate securities authorities, promissory notes that may be offered and sold to lenders through our site in the future. Until we complete the registration process, we will not accept new lender registrations or allow new commitments from existing lenders. We will continue to service all previously funded loans during this period, and lenders will be able to access their accounts, monitor their portfolios, and withdraw available funds without changes.

Lending Club was closed to new investors and existing investors could no longer fund new loans. However, Lending Club continued the borrower side of their business and funded borrower loans with their own money.

Prosper initially disagreed with Lending Club’s interpretation of the law and continued operations. But they soon changed their mind. In the same week that Lending Club emerged from their quiet period Prosper entered their own one with a very similar announcement on their blog:

Prosper has started a process to register, with the appropriate securities authorities, promissory notes that may be offered and sold to lenders through our site in the future.

Why was it called a Quiet Period?

It was called a quiet period because during the process of SEC registration the management of both companies were forbidden from talking publicly about their company in any way. Lending Club even took it to an extreme when they won a Webby Award during their quiet period. They accepted the award with a banner that read: “Can’t say anything. Quiet Period”.

How Long Did These Quiet Periods Last?

What was Different After the Quiet Period?

The biggest change after the quiet period was that a secondary market was established at both Lending Club and Prosper. The notes were now considered securities so they could be bought and sold in an open market. Both companies chose Foliofn to run their secondary market and when investors opened a trading account they could now sell their notes on the open market.

The other change was that instead of being available in almost every state before the quiet period Lending Club and Prosper were now only available in around half the states. Existing investors in the disallowed states could keep their accounts but were forbidden from investing in new loans. On Lending Club some investors in these additional states were able to buy and sell loans on the trading platform but could not invest in new loans.

At Prosper they also used their quiet period to retool their underwriting strategy. In Prosper 1.0 (the time before the quiet period) sub prime borrowers with a credit score under 600 could obtain a loan on Prosper.  In Prosper 2.0 the minimum credit score needed to obtain a loan increased to 640. Along with that requirement came a much more rigorous underwriting system that included a Prosper Rating and a Prosper Score.

P2P Lending Since the Quiet Periods

At Lending Club it is now more than three years since they emerged from their quiet period and at Prosper it is about two and a half years. Both companies have grown tremendously since their early days and the quiet period is slowly receding into history.

The big change that the SEC registration requirement has had it that competition has been very much stifled. There is now a large barrier to entry for new companies looking to compete with Lending Club and Prosper. Both companies had the resources to weather the storm of their quiet periods but new companies looking to compete directly must go through SEC registration. This is an expensive process that requires an investment of more than $1 million in legal fees alone.

So we are left with an oligopoly of sorts in p2p lending in this country. And that doesn’t look like changing any time soon.